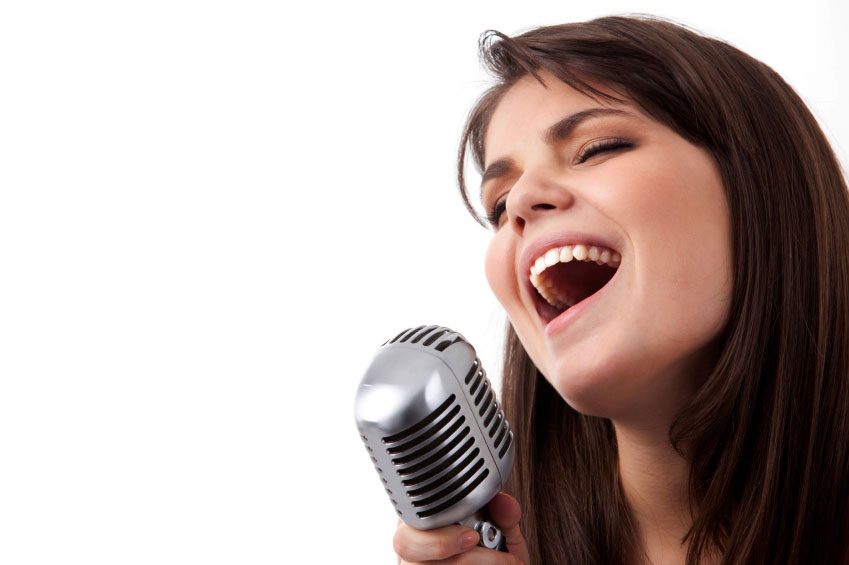 Register  A range of tones produced in the human voice by the vibrations of the vocal folds.

Chest Voice The lower part of the vocal register resonates particularly in the mouth or in a speaking voice.

Head Voice The higher part of the vocal register, resonates from the nasal cavities and front of face.

Mix Voice A mix between head and chest voice, which allows for belting and other more intense, higher gear singing.

Belting Bringing your chest register above a moderate volume. Usually done with a mix   voice.

Falsetto A vocal technique used to sing notes higher than your natural range. It’s light and airy sound and often confused with head voice, it lies at the top of your vocal range.

Melisma The singing of a single syllable of text whilst moving to several different notes in succession.

Octave Slurs Slurring usually with vowels from one octave to the same note of the next octave above.

Overtone singing Harmonic singing from the throat, in which the singer manipulates the resonances created as air travels from the lungs through the vocal cords and out of the lips to produce a melody.

Scatting Vocal improvisation with wordless vocables. Particularly found in Jazz. Scat singing is a difficult technique that requires singers to sing with the ability to sing improvised melodies and rhythms, more so using the voice as an instrument.

Sirens A vocal technique used to create one voice within the registers, it is used to smooth out breaks, flips and cracks within the voice.

Twang A nasally vocal technique used to achieve a powerful, crisp breathless head voice and to help create one voice. When singing from your head voice and moving into your chest voice.

Vibrato Regular pulsating change of pitch to accent expression in a piece. The voice is alternating subtly and very quickly between two different pitches that are very close together. The larynx and diaphragm both play a part in contributing to the vibrations.

Vocal Colouring Painting the tones of your voice with emotion including bright and dark tone.

Yodelling A form of singing that involves repeated and rapid changes of pitch and alternation between the normal voice and falsetto.

A Capella Singing without a musical accompaniment.

Accent To place emphasis on a certain word.

Articulation The formation of clear and distinct sounds in speech.

Dynamics The different volumes of pitch.

Flat When your pitch is too low.

Intervals The distance between two notes.

Intonation The rise and fall of the voice in speaking.

Pitch The sound of the notes, in singing when we talk about pitch means singing the right note.

Projection The strength of singing whereby the voice is used loudly and clearly, it commands respect and attention.

Pronunciation The result of producing sounds of speech and the accepted standard of the sound and syllable.

Sharp When your pitch is too high.

Vowels Speech sound made by the vocal cords.