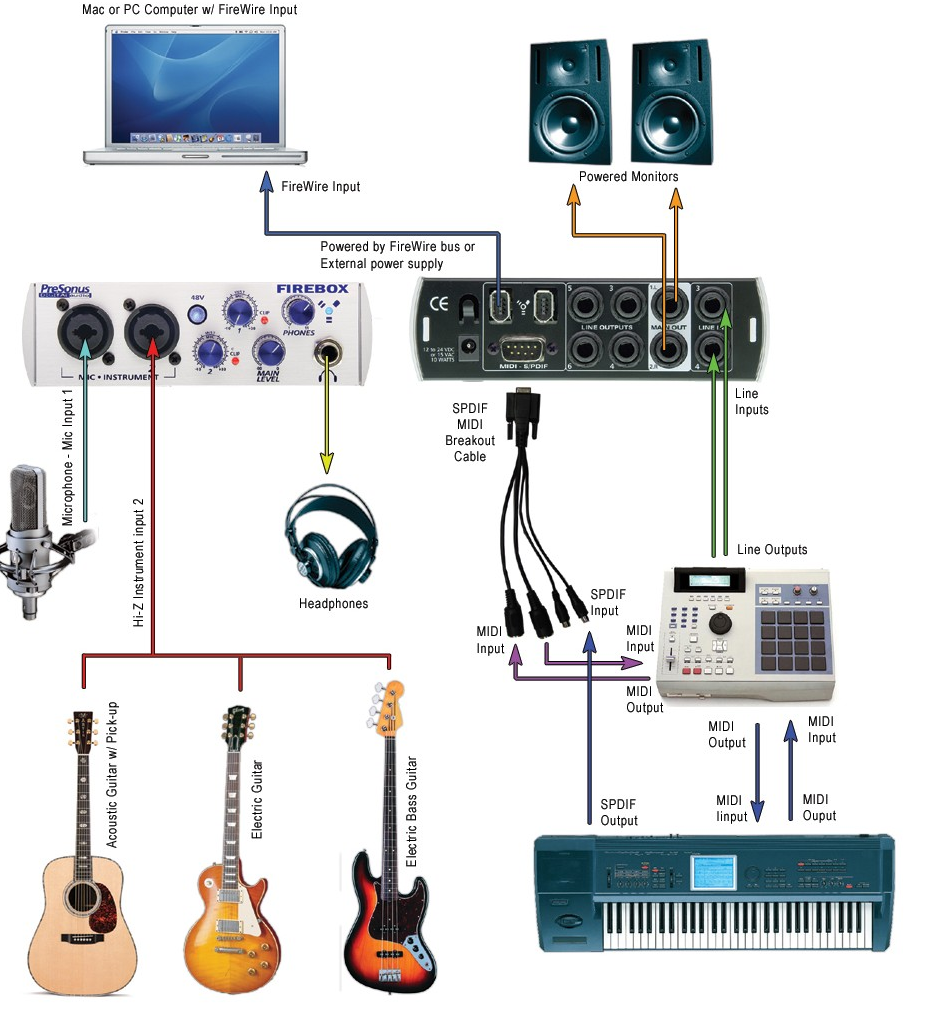 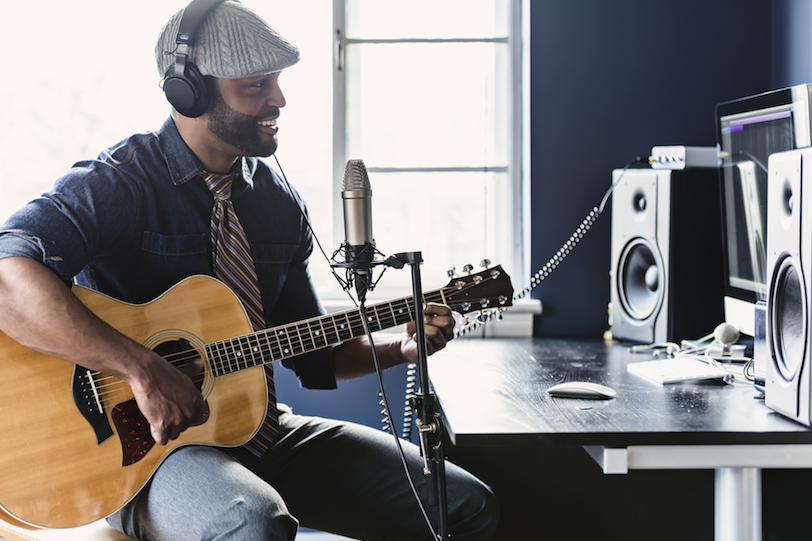 In the last decade or so, recording music has shifted from the studios into the bedrooms. High-quality music recordings used to be unattainable without the use of a professional studio with many thousands of dollars worth of gear.

Fortunately for musicians, it is now easier than ever to create good quality recordings at home with a minimal amount of gear. Whether you’re a new songwriter wanting to break into the music scene, or a hobbyist wanting to share your music with friends, this quick guide will help you set yourself up with all the gear you need to get started.

Regardless of which instrument you play, you’ll need a computer to record the sound onto. It doesn’t need to be a super-computer worth thousands of dollars, just about any mid-range computer from the last five years or so should do the trick.
The argument between Mac and PC is everlasting, especially in audio recording. However, the only main difference between the two platforms at this level is which audio programs are available for each operating system. Both Mac and PC have professional standard audio recording software available to them, so don’t worry about which operating system you’re running.  As well as the computer, you’ll need a program designed for sound recording. These programs are called DAWs (Digital Audio Workstation). A couple of great free programs include Garage Band for Mac, and Audacity for Windows. Both are relatively simple to get started on, and there’s a wealth of free tutorials for each on YouTube, so you’ll get the hang of using them in no time.  Other programs are available for a price, such as Reaper ($60), Logic ($250), or the mammoth-priced Pro Tools ($900USD). These programs sport a wider range of features, but many of the advanced features may not be relevant at a beginner to intermediate level, so don’t feel as if you need to dig deep for the most expensive program out there.

Now that you’ve got your computer and DAW up and running, you’ll need something that will connect your instrument to the computer. This is where an audio interface comes in handy. Depending on your instrument you may not even need one, but guitarists, singers with microphones and just about anything that uses an instrument lead will probably need an audio interface. Keyboard players may have the option of connecting to their computer via USB, depending on the type of keyboard they own.
Audio interfaces come in all shapes, sizes, and prices, depending on the number of instruments you want to plug into it simultaneously. A quick Google search for ‘budget audio interfaces’ should give you many to look at. Some audio interfaces may even come with a free DAW, so with a bit of research you could hit two birds with one stone.

With an audio interface, many instruments can play directly into the DAW. However, you may want the versatility that a microphone can offer. For example, instead of just recording the sound of your guitar directly into the program via your lead, with a microphone set up you can capture the sound of the amp, or even sing along with it. The microphone used in most recording studios is called a condenser mic (the large microphones also used by radio hosts). These microphones do a great job of picking up all the sound in the room, instead of just a small cone in front of them like most standard microphones. You may even be able to find some condenser microphones that connect straight to your computer via USB, negating the need for an audio interface entirely! You’ll be able to find many condenser microphones below the $100 price point, so it’s not a huge investment to get started.

And that’s it! A computer, an audio program, an interface and/or microphone. You really don’t need a whole lot to get started. With a setup like this, you can easily create your own recorded songs. Whether you’re creating a demo to send to record companies or a fun recording to send to friends, the world of home studio recording is right at your fingertips.
To recap, your instrument gets picked up by your microphone, the signal goes through your audio interface and into your DAW. All that’s left is to hit record!