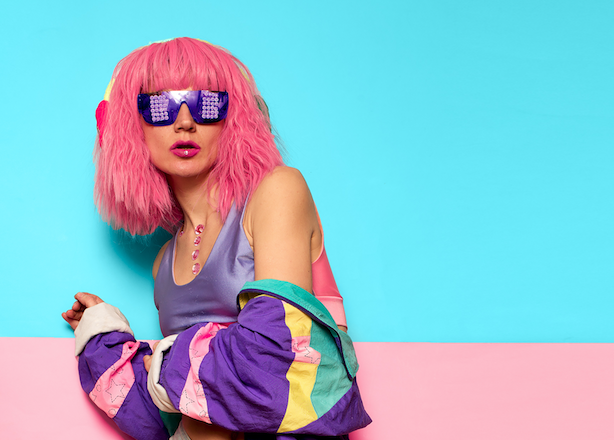 How To Sing Pop

There’s no denying that pop music brought us the greats; Madonna, Lady Gaga, Michael Jackson to our beloved Spice Girls and who could forget our royal pop princess Britney. How do they do it? Firstly, there is definitely some intense cardio involved for all that crazy dancing, which we can’t give great advice on… but singing is our department!

Every musical genre can be broken down into techniques and stylistic choices, here are some of those which make up what we know as pop music.

The vocal fry is a sultry, raspy technique in which the vocal cords are only partially connecting. Which adds to the style of pop. This technique is Britney’s best friend, you can hear this at the start of ‘Toxic’, on the lyrics ‘oooh baby, can’t you see,’ Basically the vocal fry is done by bringing the vocal folds together loosely and hitting each other to get this low creaky sound. Easy enough to do, this is one that sometimes if overused will go into a more rock n roll sound. But if used smartly in pop music, it can sound deep, thoughtful and even rather intimate.

You’re probably thinking, “what on earth is a dipthong?”, but it’s a real thing! Dipthongs are when two vowel sounds are next to each other in a word. For example ‘Night’ ‘N-IH–EE-T’ or ‘D-AYY–EEE’. The second vowel is what we call the dipthong. Pop music loves to use the dipthong to create more individual singing styles. For example you might even know certain artists for their strange pronunciation of words and how they stray from the normal pronunciation (like Sia in Chandelier). So for that ultra poppy goodness, include the dipthong.

Tone is the overall sound of the voice. Tone will determine what a piece sounds like. When tone is placed further back with darker sounding vowels it can totally change the genre of a piece. Really dark-toned vowels can sound somewhat classical, sometimes even operatic, which is something to avoid in pop music. Depending on the mood of the piece, generally speaking, upbeat Pop songs have a rather distinctive bright poppy sounding tone. This tone can be found more towards the front, in the brighter and twangy sounding part of the face, using nasal resonance. An easy way to think of it is singing with a smile, the brain automatically translates this to bright tone when we speak and sing.

Okay so this is a big one, Pop is meant to be sung quite straight unless it’s a Little Mix Acoustic Ballad. Most Pop Bangers will not have vibrato in them, particularly in the chorus. I’m not talking about Sam Smith, I’m talking about Beyonce. Do as much vibrato as you want in Sam Smith or any acoustic pop ballad but if you’re singing a Pop Rock, or a Synth Dance Pop track, there is no vibrato. Vibrato has a tendency to make things sound weak.

If you’re singing Pop, you can have fun and experiment with your pronunciation. Pop tends to bend the rules on pronunciation, it’s one of the more experimental contemporary singing styles. Think about a pop song you’ve heard where they’ve mispronounced a word deliberately. Katy Perry says ‘May’ instead of ‘Me’. Why do singers do this? There are many reasons it can help create their individuality as an artist, sometimes it’s more for the sake of rhyming a word or rhythmical reasons to match the rest of the lyrical content. While vowels carry a tune, consonants are known to stop the melody, so many singers deemphasise unvoiced consonants like ‘t’ and ‘p’. Whilst sometimes some artists do the opposite and emphasise these unvoiced consonants for rhythmic purposes. Find your own style but make sure not to sacrifice too much pronunciation.

This vocal technique in pop is all the rage at the moment, with artists like Lorde, Lana Del Ray and Julia Michaels using their breathiness as one of their defining techniques. (A nickname for this technique has actually been called ‘Whisperpop’) Unfortunately this aspirate technique is not the healthiest for consistent and long term singing, it can however be a great effect to use stylistically when appropriate on selected passage. It can give a song an intimate or even sensual sound or can highlight a particular raw lyrical passage to a listener’s attention. Aspirate technique unfortunately means the vocal cords aren’t coming together enough to produce clear, resonant tone and can also dry out the cords at a much faster rate.

TO WRAP THINGS UP…
All in all, you can experiment with these techniques until you get the desired sound you are looking for, whether it be a more aspirate Lorde sounding tone or a bright resonant Britney inspired sound. These will help you to achieve the pop vocal sound and tone that you are after.

If you have trouble with any of these techniques or want to know more about how to sing, book your free lesson at Sono music and we’ll help you get started on singing pop music.